I do not want to go to South Dakota. I really do want to go to South Dakota. I can’t sleep through the night without thinking about how much I don’t want to go to South Dakota. Honestly. I’m terrified. I confirmed the gig months ago, sort of assuming it would get cancelled. Everything else got cancelled. It wasn’t cancelled. I have to go. Deep, deep breath. Google South Dakota State University. Google airports. Google hotels. Here we go. Book the flights. Book the car. Book the house. Make the plan. On March 1st, 2021, in the middle of a fucking pandemic- I have to go to the airport, get on a plane to chicago, then get on a plane to sioux falls south dakota, then rent a car and drive an hour to an airbnb, sleep alone in a house in a strange town, then perform twice and do it all over again on the way back. I have to sit in enclosed spaces with hundreds of strangers. I have to risk my health to go to the middle of nowhere and sing songs for a handful of people. I am terrified. Why did I say yes to this?

But something told me to go. Opposite action is something I learned in recovery. When depression or fear tells you to stay still and you know this stillness is hurting- FUCKING MOVE. No matter how much it hurts or how every muscle in your body tells you to stop. Move. Sometimes, the thing that scares me is exactly what I’m supposed to do. The growth and change I need exists in the dark. Life exists in the places I’m afraid to explore. So. SOUTH DAKOTA.

My body buzzed with anxiety the entire week before the trip. But for some reason, the night before I left, nearly all the fear was gone. I got to DCA at 4:30am. Two masks, gloves, a travel guitar strapped on my back, my loop pedal packed tightly into my roller bag. Snacks, a book, a journal and a travel bottle of hand sanitizer. The pessimist in me believes everything that can go wrong will go wrong. I’ll probably miss my connection, I’ll probably get turned down at Enterprise because my credit is terrible (that’s actually happened to me before), the airbnb will probably be really, really gross (that also happens occasionally), no one will come to the show (also, that happened once). I imagined every bad thing. And you know what? Literally nothing went wrong. Everything went just about as beautifully as it could have.

On my second flight, I wrote down the names of the indigenous tribes from South Dakota. Sort of as an acknowledgement, a prayer thanking them for the opportunity to visit their land. From what I could tell, the Flandreau Santee Sioux Tribe were the original stewarts of what’s now called Brookings SD (where I ended up staying and performing).

As soon as I got in my rental car, I drove to Sioux Falls Park. Nineteen degrees, sun beaming, Sioux Falls Park was completely empty. Seriously. I was the only one there. When I found the waterfalls, I felt my breath deepen. The water rushing down the red and black rocks, the ice and snow and foam, and that sound. I got that weepy feeling I get when nature overwhelms me. It just felt like spirits, love, god, ancestors everywhere. Undeniable.

The drive to Brookings was beautiful. Two lane highway. Big sky, flat farmland, all covered in a blanket of fresh white snow. I had to stall a bit before my check in, so I stopped in the grocery store, Hy-Vee for some greens, fruit and protein to cook the next few days. Small town grocery store. Everyone wore masks. The food was cheap. I visited a nearby park. Then headed over to the house. The airbnb was cozy and clean. A good kitchen for cooking and much more space than I needed. I never could have imagined feeling so overjoyed to stay in an ordinary house in a small town in South Dakota. But it made sense. After a year without gigging or touring at all-EVERYTHING feels holy. All of these tiny things and simple tasks felt like gifts.

The next day, I had two shows at SDSU. Everyone wore masks and stayed quite far away. I remembered what it felt like to hear my voice filling an entire room. What it felt like to hear people sing with me. What it sounds like to hear people applaud in real life. I had an 8 person audience for the first show (with an additional online-streaming audience), and 12 people in the second show’s audience. No adoring crowds. No fans. Just random students and staff that had nothing better to do that day. It could have been one person. Just the fact that I made it there, and shared physical space with someone, it felt so good. SO SO good.

I think this trip inspired two big, giant feelings for me. One- Be- I’m proud of you. You used to do this shit every other week. Sometimes twice a week. You are a beast. You work your ass off, you are an athlete of life. Not a flex. Just an acknowledgement of the work I’ve done to make and share my art. When you’re in it-it’s incredibly easy to normalize. It’s easy to shrug off the work you do. This trip reminded me. This shit is hard fucking work. I can see that more clearly now. THE SECOND big, giant feeling was gratitude. Yes, I can’t stop talking about gratitude. Gratitude. Gratitude. Arms FULL of deep, weepy gratitude.

SO. THANK YOU South Dakota State University. Thank you ancestors who protected me on the trip. Thank you Alex, the guy who told people to come to these shows and booked this gig. Thank you for the smallest gigs. Thank you for the weird small towns I never ever wanted to visit. For getting paid to sing songs. For the 12 people who sat in a giant auditorium to listen to me sing songs. Thank you for being here with me now. Reading my stories, or buying my albums or joining my Patreon when I’m not famous or fancy or covered in gems. When all that’s in it for you is a bit of light in your heart. To see someone you believe in thrive.

I don’t believe we’ll ever go back to the way things were before. I think about a hug. A simple, tiny hug. How much I would treasure and dissolve into a hug with so many of my beloved friends. Even just one friend. I don’t think I’ll ever hug the same way again. I’m dreaming of something different and beautiful in a new way. Some folks draw parallels between Covid 19 and the 1918 influenza. The 20’s marked the end of the Spanish flu and the beginning of a cultural flourishing. Literature depicts this time like a gasp of relief. A new sense of freedom. The beginning of an artistic revolution in the Harlem Renaissance. It makes sense that all that fear and repression would explode into such wild beauty. Maybe things will be different forever, but I believe that eventually, we will experience a renaissance. Because that gratitude is inevitable.

I hope this story doesn’t make you feel like you need to go out and travel right now. I don’t think everyone should do this. Travelling is a huge risk. Leaving your home now means potentially risking your life and the lives of people around you. I don’t take that lightly. Regardless of any lack of symptoms- I’m staying distant from my folks and family until I know I don’t have covid. And I don’t want to leave out some of the tiny scary moments I had. Some people still don’t respect the social distancing, some people still don’t know how to wear their masks. There’s only so much control you have when you’re on the road. ALSO. Being black, queer, not a dude, and alone in a strange place is risky (in or out of a pandemic). I absolutely did sleep with one of the kitchen knives and a blunt instrument sitting on my night stand because I was listening to lots of true crime/murdery podcasts and I was a bit jumpy. Again, preparing for the worst.

But with all that said, I’m really glad I took this trip. 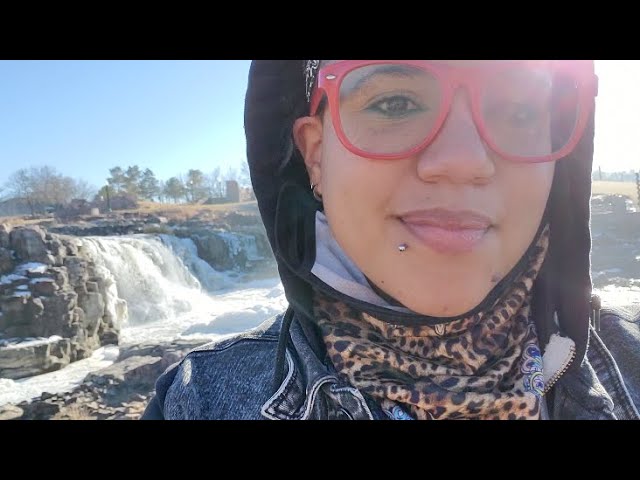